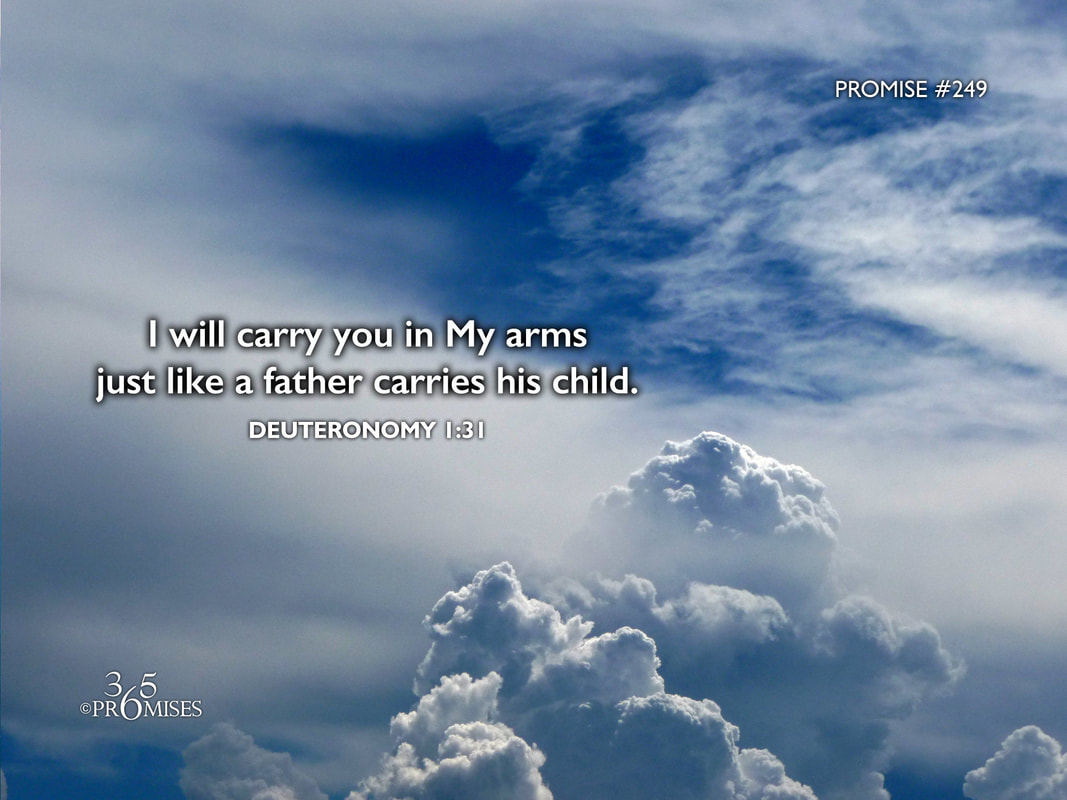 DOWNLOAD PHOTO
Promise #249:
I will carry you in My arms just like a father carries his child.

Deuteronomy 1:31 (WEB)
and in the wilderness, where you have seen how that Yahweh your God bore you,
as a man does bear his son, in all the way that you went, until you came to this place.”

The NIV Bible says this verse this way... "There you saw how the LORD your God carried you, as a father carries his son, all the way you went until you reached this place." (NIV) This is one of those very clear pictures in the Old Testament of God's Fatherheart for the nation of Israel. I find it interesting that from God's perspective, He saw Himself as actually carrying each Israelite just like an earthly father would carry his son.

I wonder what that would have looked like in the eyes of God? Would God have been cradling Israel in His big strong arms? Would He have been lifting Israel up over His head so that the nation could sit on top of His shoulders? Perhaps there would be many ways for God to carry Israel, depending on their situation.

The truth is that no matter how difficult life gets, it is God who is carrying us through every adversity. We might not be aware of how close He is to us, but that does not change the reality that He is holding us very close all the days of our lives. May each one of us feel the warmth of His embrace today.
SUBSCRIBE TO FREE DAILY EMAILS