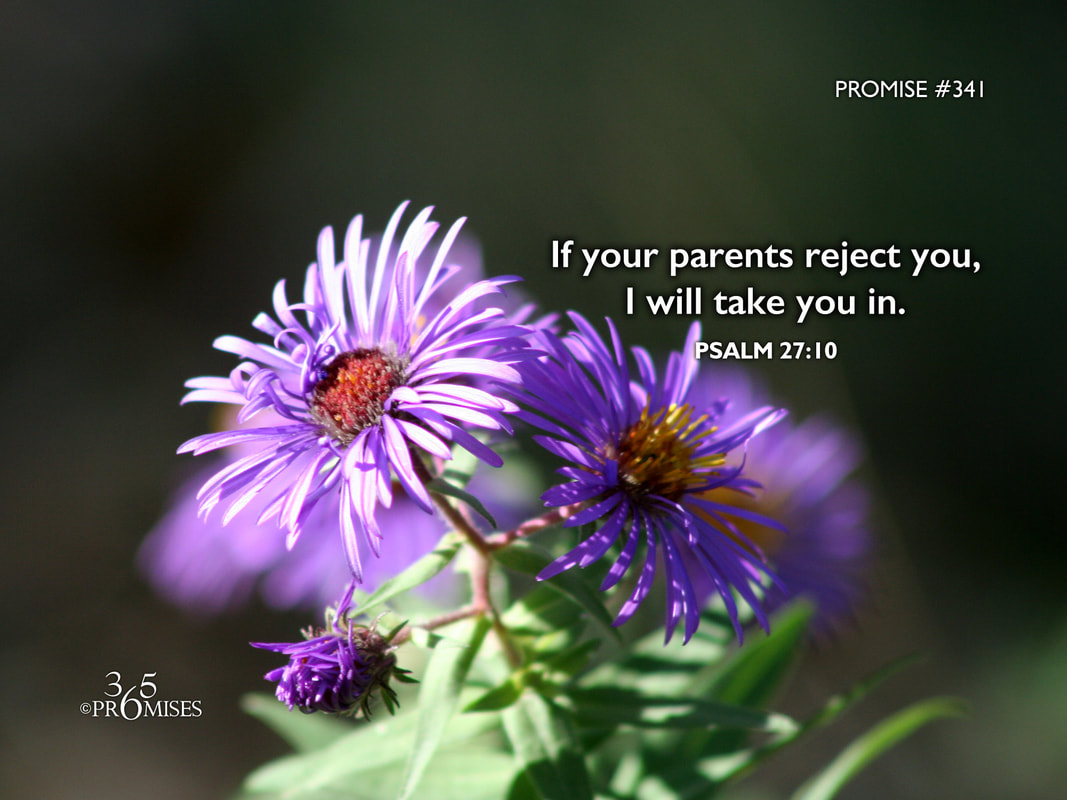 DOWNLOAD PHOTO
Promise #341:
If your parents reject you, I will take you in.

Psalm 27:10 (WEB)
When my father and my mother forsake me,
then Yahweh will take me up.

It was King David who wrote Psalm 27 and penned the words "When my father and my mother forsake me, then the LORD will take me up" (KJV). David was called a man after God's own heart and had a revelation of God's intimate love that was greater than any mother's or father's love.

We don't read much about David's relationship with his parents other than the fact that his father Jesse, neglected to bring David in from the field when the prophet Samuel was looking to anoint a king from one of Jesse's boys. I don't know if this was an indication of the relationship that David had with his father or not, but for whatever the reason, David knew that the Lord would always receive him whether his earthly parents did or not.

In a generation where nearly 50% of the homes in Western nations will end up in divorce, this promise is really, really important. No matter what happens in our relationship with our own parents, our God and Father will receive us with His arms open wide. May the Holy Spirit give each one of us a deeper revelation of this truth today.
SUBSCRIBE TO FREE DAILY EMAILS