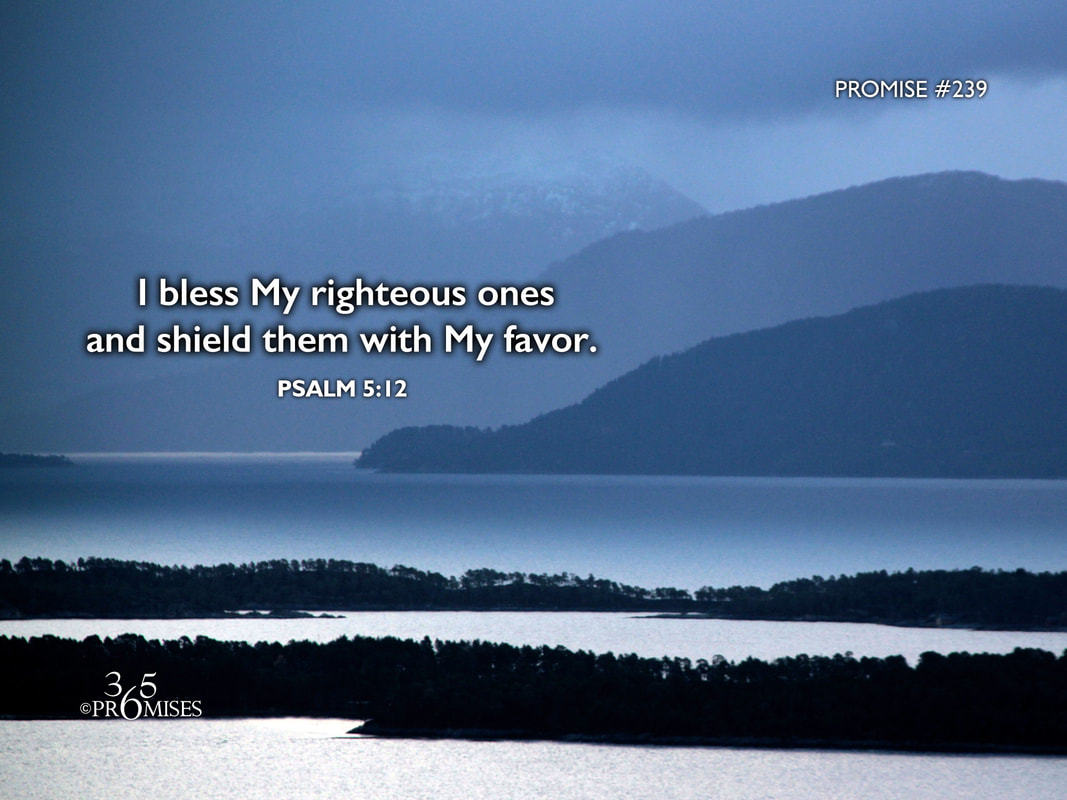 DOWNLOAD PHOTO
Promise #239:
I will bless My righteous ones and shield them with My favor.

Psalm 5:12 (WEB)
For you will bless the righteous.
Yahweh, you will surround him with favor as with a shield.

When someone has favor from the king, everyone in the kingdom knows it! Wherever they go, all of the royal subjects would recognize that this special person lives under the blessing of the king. What do you think it would feel like to be shielded with favor from a king?

The truth is that we already have that kind of favor on our lives right now! The King of kings is not only our king, but He is our elder brother too! We are part of His family and co-heirs with Him in His Father's kingdom. We are called to live a life where we look to the unseen and the eternal, not the seen and the temporal. (2 Corinthians 4:18)

If we could see into the reality of the kingdom, we would see the favor that God has already placed on us, a power that encompasses us wherever we go! According to the Scriptures, angels who are ministering servants to the heirs of salvation (Hebrews 1:14) go before us and behind us... Just because we are God's kids and part of His amazing family.

May our God and Father open up our eyes today to begin to see into the unseen realm so that we can experience the tangible sense of His blessings and favor that surrounds us like a shield.
SUBSCRIBE TO FREE DAILY EMAILS