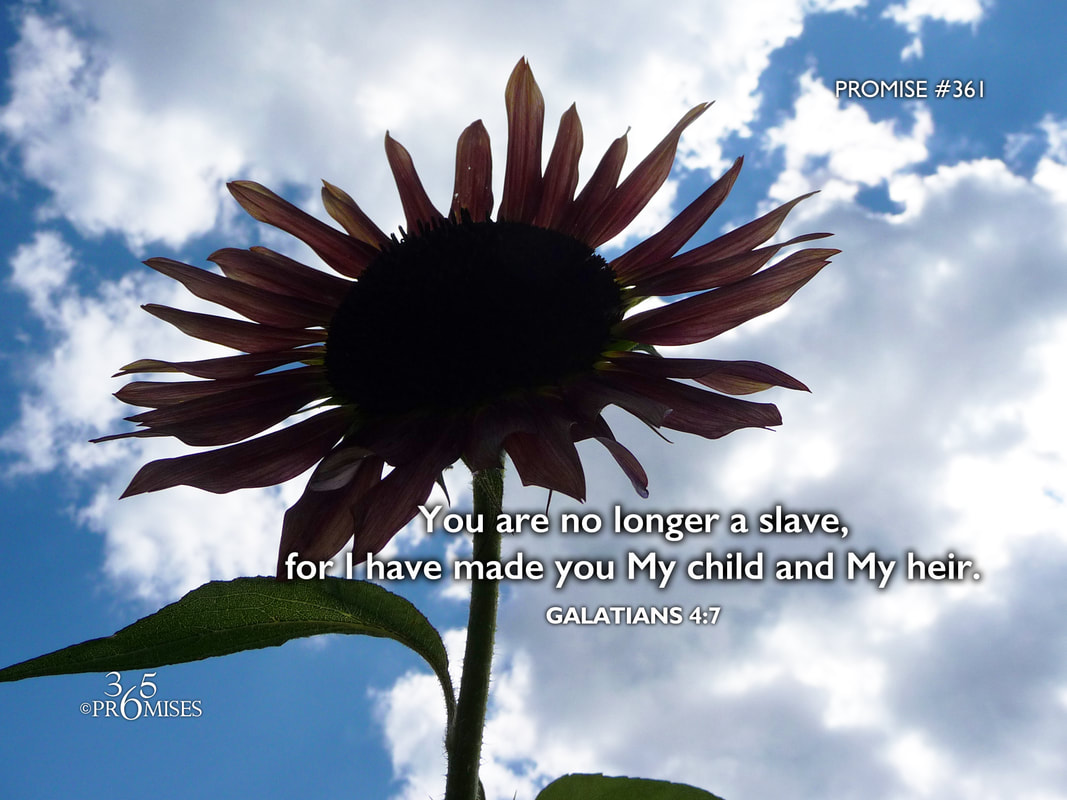 DOWNLOAD PHOTO
Promise #361:
You are no longer a slave, for I have made you My child and My heir.

Galatians 4:7 (WEB)
So you are no longer a bondservant, but a son;
and if a son, then an heir of God through Christ.

When God looks at you, He doesn't see a servant... He sees a son or daughter. When Jesus Christ exchanged His life for our life, something miraculous happened in the heavens. He opened up the way for us to be born into His amazing family. As today's promise says, we are not servants, but children of God and co-heirs with Jesus.

Because of his feelings of inadequacy and shame, he felt that the only way he could justify his place in his father's house was through serving. Many people do the same thing today. And like the father in the prodigal son story, God does not see His kids as servants, but as sons and daughters...no matter what they have done.

My prayer today is that each one of us would know that God has not given us a spirit that makes us afraid, but He has given us the Spirit of Sonship where we can cry out Abba, Father (Romans 8:15). May the Holy Spirit give each one of us more revelation on what it means to be an heir of God and a joint heir with our Elder Brother, Jesus!
SUBSCRIBE TO FREE DAILY EMAILS